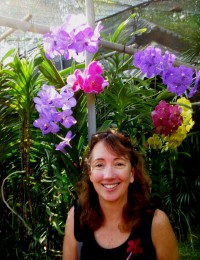 Dr. Laurie Barcelow graduated from Michigan State University in 1987. Shortly after graduation she moved with her husband, Jeff and their 1 year old son to Jeff’s hometown of Royalton, Vermont. She and Jeff started a practice which they operated for 23 years. In 2013 Laurie took a year off to pursue other adventures. She backpacked with her son around Thailand, then took a trip with Jeff to Switzerland, Rome, Israel and Turkey. Once back home, Laurie realized she missed being a veterinarian and joined Stonecliff Animal Clinic. Dr. Laurie enjoys the variety in veterinary medicine from preventative care in healthy puppies and kittens to the complexities of treating aging and illness in mature pets.